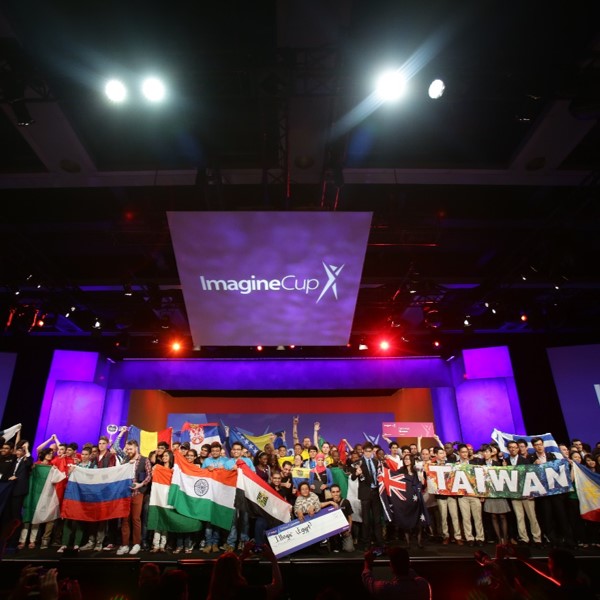 The Imagine Cup is the global student technology competition that encourages students to innovate with technology.

Every year students from over 200+ countries submit their project to the competition. The best teams come to Seattle for the Imagine Cup World Finals to compete against other teams for the grand prize of $50,000 USD and other amazing prizes.

For US students, the road to the Imagine Cup World Finals starts right here at home with the US Imagine Cup competition.

How does it work?

Round 1: Qualifying round. Submit a one-page document or a 3-minute video that explains your idea.

Round 2: National Semi-Finals. Submit your project proposal finalized and your software/application/game

Round 3: US Finals. Twelve teams are advanced to this round which will culminate at the US Finals event in Mountain View in April 2015. The selected teams will compete for a chance to advance for the World Semi-finals and World Finals in Seattle in July 2015. 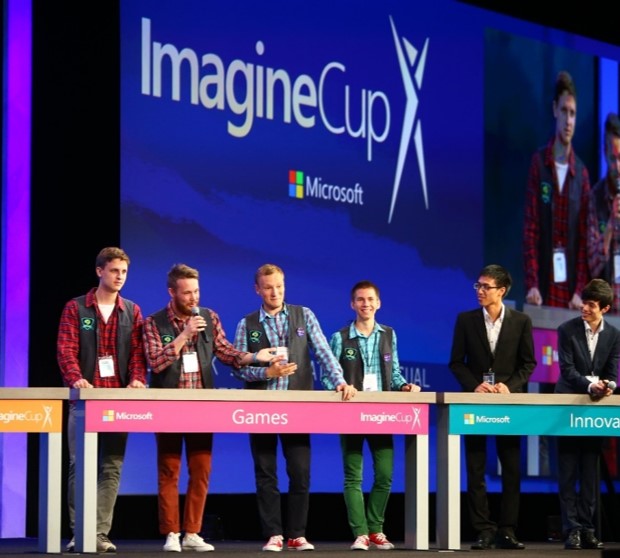 What are the key dates?

Teams who advance to Round 3 win a trip to the US Imagine Cup Finals event in Mountain View in April 2015.

The first place US Imagine Cup Finals winners (one per competition category) will receive $4,000 USD. They will also advance to the Imagine Cup World Semi-Finals for a chance to compete in the World Finals and win $50,000 USD.

Where do I get started?

STEP 2:  Sign up for the US Imagine Cup competition and pick your category: Games, Innovation or World Citizenship –or compete in all three!

STEP 3:  Invite up to three of your brightest friends to join your team

STEP 4:  Submit your Round 1 entry by January 26, 2015 (spring competition). In this round, you only need to explain your project idea and how you want to implement it

All the info you need is at http://aka.ms/USImagineCup2015