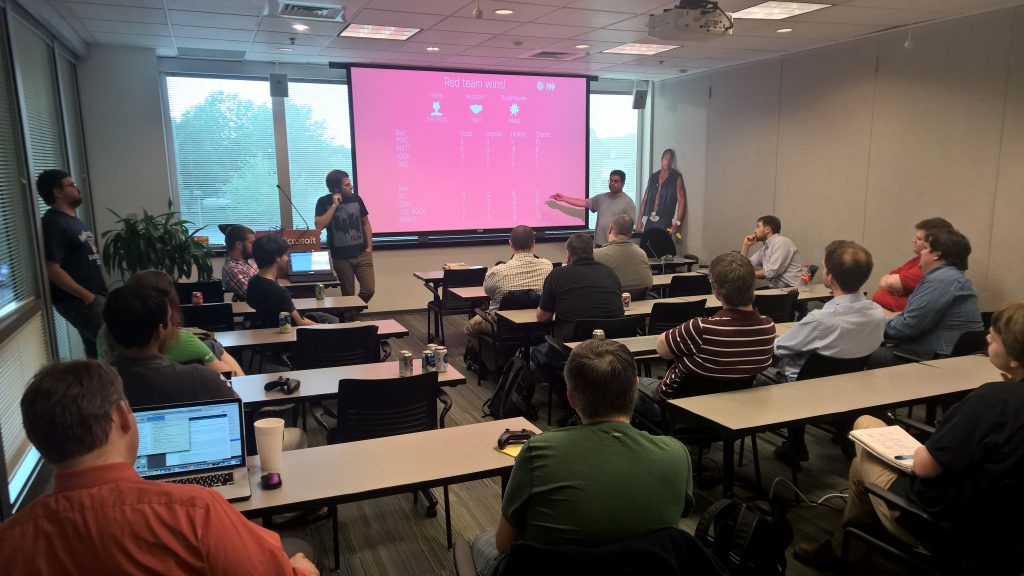 At this week’s Philly Game Works meetup, local Philly game devs, PHL Collective, spoke about their experiences with writing a local multiplayer game using Unity. Their latest title, Clusterpuck99, is already available on Steam and is headed to Xbox One through the ID@Xbox program later this year.

In terms of reaching their niche audience,  Producer Nick Madonna had this to say:
“Not many people are looking at the indie sports category in steam. We knew our audience, but realized we just haven’t fully reached them yet.”

Additionally, the team also realized their missed opportunities, and spoke about it in detail.
“We were in some festivals, bundles, and other promotions, all the while we did this on our own without Steam or mailing lists, to make it work for the size of our team. Looking back, Early Access could have helped remedy a number of the things that went wrong, in terms of visibility and reaching that niche audience.” 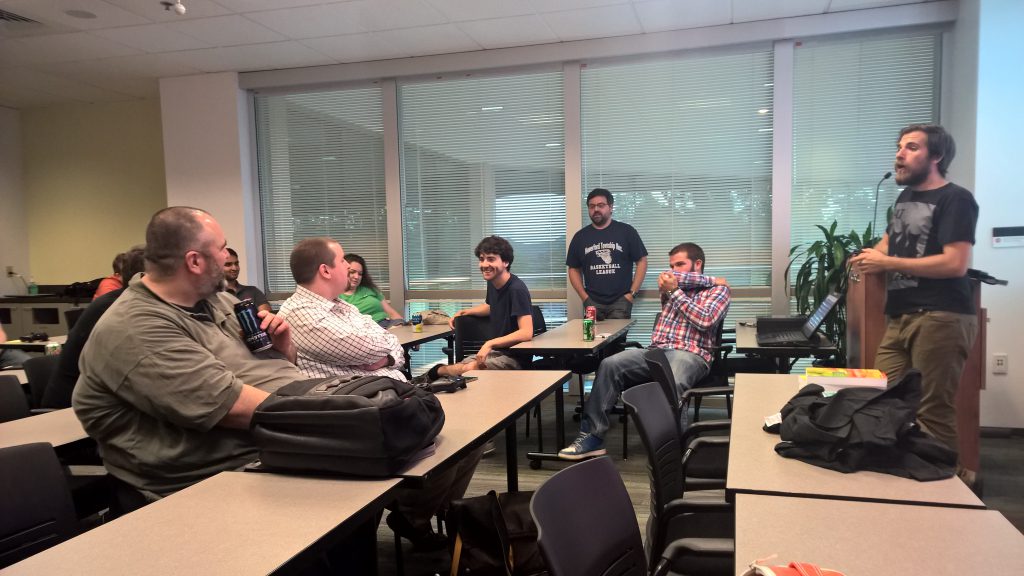 “In Early Access, people love to give feedback and know that their thoughts are actually put into a game. I think we would have gained more traction early on if we took advantage of this.”
The Collective was also aware of  their biggest shorcoming: lack of online multiplayer.

“This game does not have online multiplayer, which is not a big selling point on Steam. It is by far our most request feature. It takes a lot of time to implement a large and robust online multiplayer, especially with a small team like ours. It would take a lot of time and money to investigate this. We’re looking into alternative solutions though, such as connecting to the game using additional devices such as SmartGlass.”
They also went into further detail about why online multiplayer would be so difficult.

“Clusterpuck is driven by a 2D physics system, and physics over a network, especially with rigid bodies are involved. Had we known how large of a project it would be to implement online multiplayer, we likely would have started on it sooner, rather than attempt to retrofit it afterwards.”

Marketing a game can be a full time role. For smaller teams, they often can’t dedicate an entire role to that task, so developers frequently need to cover multiple disciplnes. “We all wear many hats. We don’t have a dedicated marketing person. We’ve done a lot of marketing, but it’s never enough. The marketing that we’ve run just hasn’t paid dividends. We haven’t found any value in Facebook or Twitter ads. Same for advertising in indie game magazines — no click through. Looking back, we should have created a mailing list, though. Once you are headed toward a console though, journalists often seem more willing to cover it.”

When it was time for the audience to ask some questions, they weren’t shy either. “What was the most successful marketing event for you?”, was the first to come out.

“GDC definitely got us the most press. GameSpot had an article, ‘10 indies we’re excited to see on Xbox One‘, and that drove a ton of traffic to us. ID@Xbox had a launch event at a loft, where us and about 20 other developers got to showcase our titles, and all of the biggest press were there.”

Towards the end, they also talked about the valid of rapid prototyping and how to pitch. In this particular case, they put together a simple prototype in two days for Cartoon Network, along with a pitch document, and the team seemed to enjoy it.

The evening concluded with 8 players in the audience to play at once to win some prizes. You can follow them on twitter at @PHLCollective or visit their site to find out more.

2 thoughts on “PHL Collective – How we shipped Clusterpuck99”