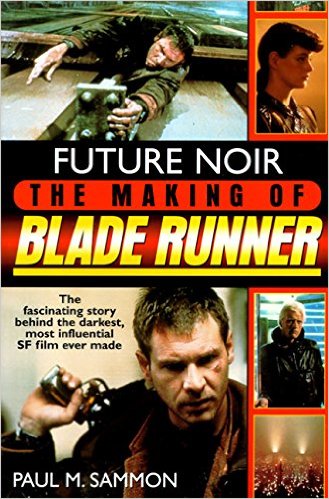 A thorough investigation behind Blade Runner

Blade Runner has been one of my favorite films since I first saw it on  DVD in 2000. I wasn’t born when it was initially in theatres, and still far too young to comprehend it during the 1992 re-release, yet despite it being 18 years old by the time I saw it, I was still enamored.

The cinematography and sets are absolutely stunning, the storyline tugs at nostalgia for noir-style film, and the Vangelis soundtrack rang in my ears for years. In 2007, for the 25th anniversary, they released all versions of the film on Blu-ray and HD-DVD, and it took me forever to decide which format I felt would take off. Fortunately I went with the Blu-ray release.

Having gone through each version dozens of times, I found myself always wanting to learn more. Imagine my excitement when I stumbled across Future Noir: The Making of Blade Runner while visiting the Museum of Moving Image in Queens, NY last month.

Written by Paul M. Sammon over a 14 year period, this book dives into some of the greatest details I’ve ever seen about how a film was made. He had an opportunity to be on set as they were shooting the movie, and followed up with the cast and crew over the years, until the book was finally published at the end of 1995.

The book is massive, and broken into several distinct parts, with the conclusion consisting of an interview with director Ridley Scott. The book almost reads like a novel, as Sammon illustrates what it took for him to collate so much information all while explaining the trials and tribulations behind the film.

I’m not sure of how I missed this book over the years, but couldn’t put it down once I started reading it. Whether you are a fan of Blade Runner, or just appreciate the amount of work that goes into making a major motion picture, I’m confident you’ll enjoy this too.

For those of you looking for more, you can find the author briefly in this 2000 documentary about the making of the film.