I currently pay $75 / mo for a 75mbps down / 12 mbps up plan from Comcast. Until last week, I was using their Triple Play package, for TV, Phone, and Internet, but I couldn’t justfiy the price, which continued to creep up each month. The cost for my internet was $65 at the time, and I was only getting 25 / 10, so I wanted to make some changes.

From there, I dropped TV and Phone, but paid $10 more to go from 25mbps -> 75 mbps. Big difference, and I immediately noticed the change!

I have a number of devices in my home network though, and I felt that my Comcast provided modem / router combo was the bottleneck in my home network speed. Additionally, I was paying $10 / mo to rent the modem. It was time for a change. 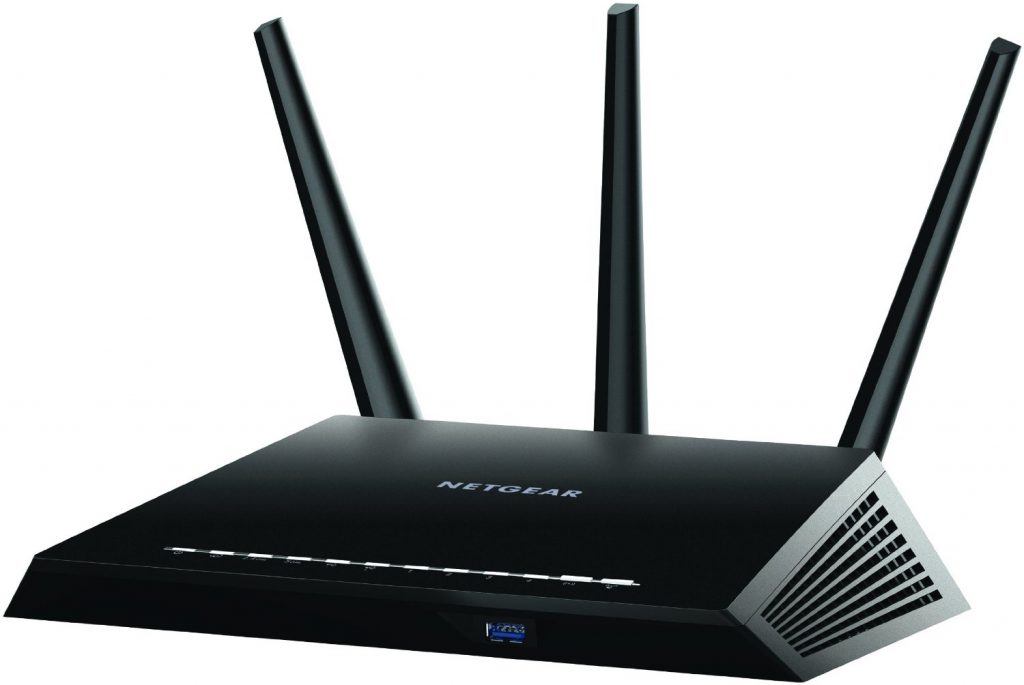 After asking some friends on Twitter, they recommended the NETGEAR Nighthawk 7000 router ($185 on Amazon) and an Arris / Motorola SB6121 DOCSIS modem ($70 on Amazon).

To install these devices, I simply unplugged my Comcast devices, and plugged these two in. Connect to the new network (NETGEAR something) and open your browser, and it will begin to configure your Comcast credentials with the modem. Two minutes later, I was up and running.

I went to SpeedTest.net to get a feel for the changes. Here is the before and after: 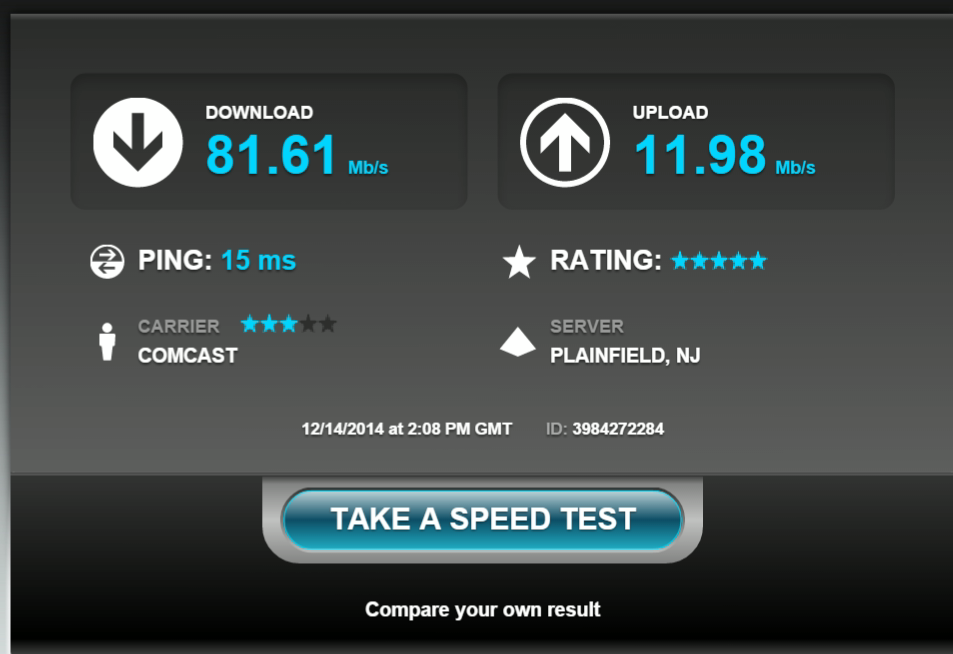 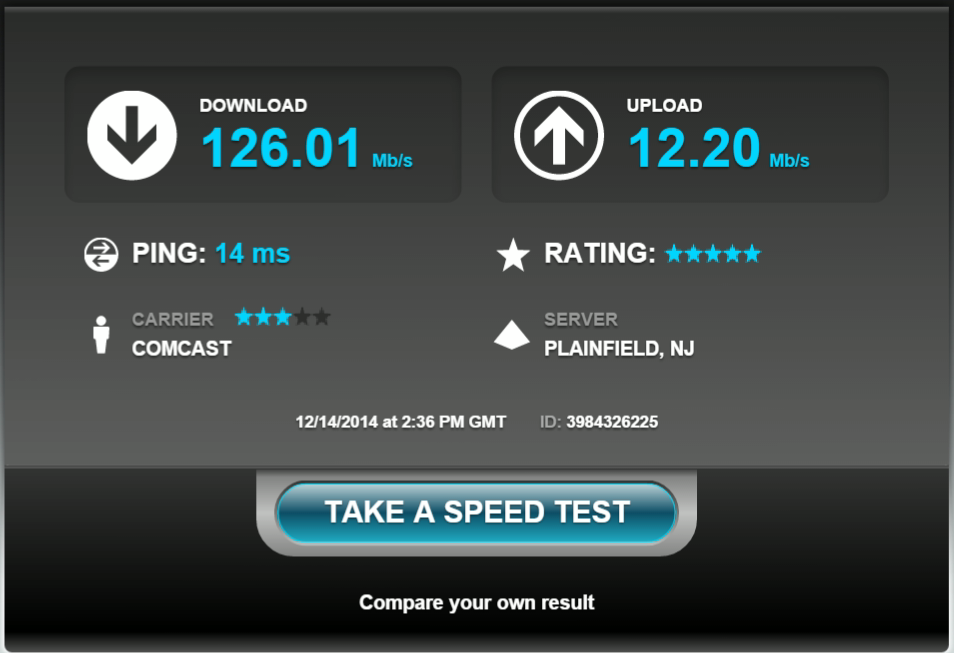 The results speak for themselves! If you have devices which can connect to the 5G network offered by the router, then I highly suggest using that. Needless to say, I’m excited to have speeds athat are 5x better than what I had only one week ago. I’ve also gotten rid of that $10 / monthly fee for renting the Comcast modem.