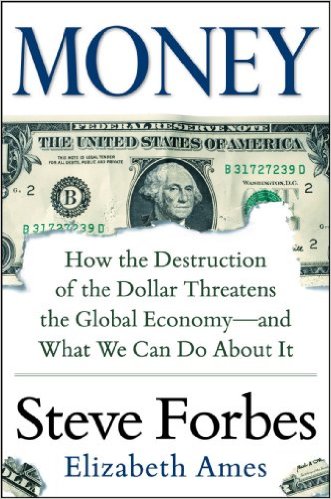 I listened to the audiobook version, which is also narrated by the author, Steve Forbes, who is the EIC of
Forbes Magazine, and grandson of the publication’s founder, B.C. Forbes, and was co-authored by Elizabeth Ames. I found the book to be a fantastic primer on to those of you looking to understand economics not only from a personal perspective. The key points which stood out to me revolved around:

Overall, what I enjoyed most was that the authors broke down the terminology and concepts into practical examples that anyone could understand, not just those with an economics background. Better yet, on the chapter where they argue for the gold standard, they highlight several counter-points to their argument, so that the reader is better armed to hold a similar debate.

It took me about 6 hours to get through, and I plan on listening to it again to further grasp the concepts.

Can you recommend any similar books?