When you go to install these engines now, Visual Studio will be the default IDE selected.The Community Edition is included, which is basically VS 2013 professional.

If you are using Unity, we also have the free Visual Studio Tools for easier debugging — it works in the VS 2015 preview now, too. 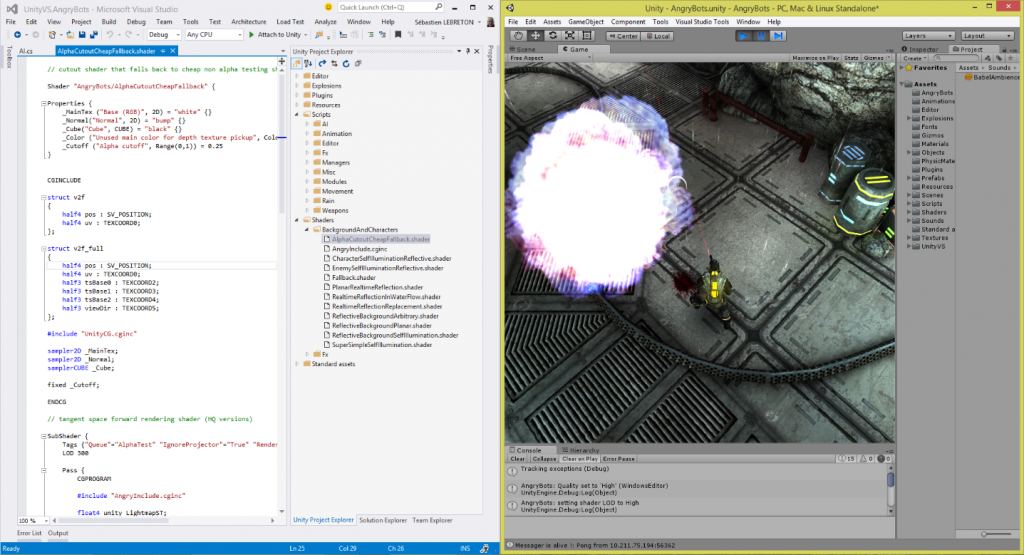 For those of you using Unreal Engine 4, I recommend the excellent Visual Assist X plugin for C++. It costs $100, but I’ve found it to be worth every penny. It also comes with a 30 day trial. ReSharper works well with C++ and C#, too. I use both of these, as I commonly go back and forth between the two engines.

I wrote a tutorial for Unreal 4 a while back, on how to create a projectile using C++, as well as go over some of the parts that had me caught for a bit.

If you are looking for more tools to work with as a game developer, I wrote an overview of some of the biggest tools last year.

4 thoughts on “Unity, Unreal Engine 4, & Cocos2D will now ship with Visual Studio set as the default IDE, free to use”